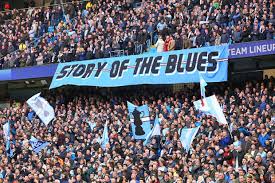 I was 9 years old. A good 20 years before there was a thing called The Internet. A world that now only exists in my memory, the TV show Stranger Things and in grainy blurred images on YouTube.

I’d certainly picked the wrong time to start supporting Manchester City. We’d won the League Cup in 1976. We’d finished 2nd in the league in 1977. We’d even finished a creditable 4th in 1978. But I had not enjoyed any of those relative successes. They were just stories I‘d heard.

Instead, I brought the kiss of death to City with my support. We immediately went on a downward spiral that was lifted only by a run to the FA Cup Final in 1981 – which we lost 2-3 to Spurs in a replay. 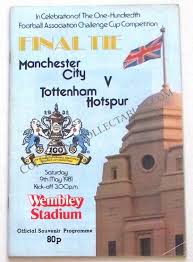 Little did I know back then, that I’d never see us lift an actual trophy until 2002 – and even that wasn’t a real one to my mind – just the Second Division title (by then stupidly renamed The Championship). 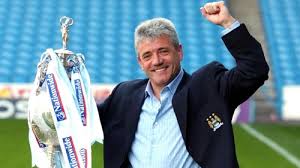 It would be a further 9 years before I’d see us win something that my mates thought worthy of celebrating. Those mates were Liverpool and United supporters. A trophy to them meant the League, a European Cup or the FA Cup. City had won trophies like this in the few years before I was born but from then on there had only been a solitary League Cup success in 1976 – 3 years before I started to support them.

For a 9 year-old, even that 3 year old success via Dennis Tueart’s famous overhead kick seemed like ancient history. 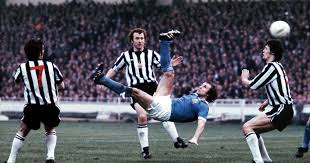 And I had no real right to support City anyway. I didn’t live in Manchester. I grew up in Carrickfergus, a small coastal town in Northern Ireland. None of us felt like we had the proper right to support the English teams that we did.

When I started playing football with my friends at the back of our row of small terraced houses, there was precious little football on TV – just a weekly highlights show on ITV. And of course there were the write-ups and photos in the newspapers.

We assembled every day after school to emulate our heroes for a kickabout (jumpers and schoolbags for goalposts) and I loved every minute. Happiest hours of my life. The name that was most often screamed out when a goal was scored was “Dalglish!’ We played from 4 in the afternoon till tea time and then from about 6 pm until we heard the final call, which was the sound of your mam yelling out your name from your back garden…”Miiiiiiii—-cool!” Embarrassing. Every time my mom did that at around 11 pm, my mates all mimicked her to my acute humiliation.

I’ve had an illogical hatred for Liverpool ever since. Their fans were smug little bastards. Unfortunately my love for the game far exceeded my actual ability. I was usually one of the last to be picked for a team. There were a few my age, but most of the other lads were much taller and stronger. Some of them even had what looked like real skill. I was just happy to get a game. It would be years yet before any of our parents could afford to buy us a proper football kit for Christmas.

They mostly all followed Liverpool (Glory Hunters!). There was one Spurs fan. And one who supported Bobby Robson’s Ipswich.There were even a couple of United fans but at that time United were as bad as us. They’d probably been told stories of The Busby Babes by their dads and had thus been indoctrinated that way. My Dad was a neutral.

And then there was Derek Miskimmin.

He was about 16. One of the best players in Ireland as far as I could see! He would only grace us with his presence once or twice a month, but we all loved it when he came. He was cool. He was handsome. He was full of great stories. I remember distinctly how one night, he told us all about a horror movie he and his mates had seen called The Exorcist. He described the scenes in gruesome detail as we all sat round, enthralled. 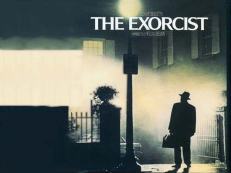 ‘Skin’ as we all called him, was a City supporter. He loved Malcolm Allison. He told me how “Big Mal” was City‘s returning Saviour. The hero of our successes in the late 1960s. The man who would restore City to their glory days.

One day Skin turned up in a blue Man City shirt. Game Over. I was transfixed. By the colour! I’d always looked up to Skin, in a dopey fan-boy kind of way.

But that shirt. It was the most beautiful shade of blue with a floppy white collar. I became a Man City fan right there and then. And I wanted a shirt like that. That became my 9-year-old’s mission in life. I spent hours thinking about what I’d look like in that shirt. (Pictured below) 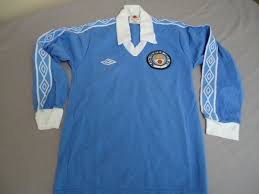 From that moment on, I bothered all my mates to give me pictures of City players from ‘Shoot!’ magazine to put on my bedroom wall. Thanks to Google Image Search, I can actually show some of the ones that pissed my mum off no end by taking up the whole wall rather than being discreetly positioned in a more aesthetically pleasing way (Below). 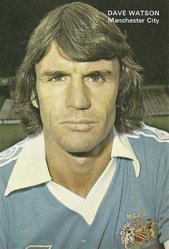 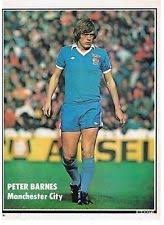 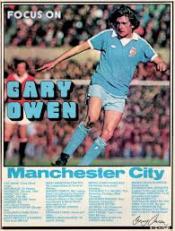 The problem was that by then, – we (City) were getting stuffed every week. To my great irritation, we were also being regularly drubbed by Liverpool. The score was very often 4-0 in my memory. In my first two seasons as a real City fan we finished 15th in 1979 and 17th in 1980. What hurt even more, was that Big Mal sold my heroes and made many of the posters on my wall obsolete!!!!!!

He sold Peter Barnes and Gary Owen to West Brom on one of the worst days of my life. He also got rid of our best defender (Dave Watson). I hated Mal for that (later forgiven!) and I was glad when he got the sack.

Our new boss was John Bond who replaced Allison in 1980. You can see the story of Big Mal’s downfall and Bond’s arrival in this incredibly well-preserved multi-part documentary beginning here:

At first, I didn’t take to John Bond either.

But things were about to change….

<End of Part One>

If there is any interest from readers, I’ll proceed to Part 2. Shoot me a line. Comments, Likes & Retweets are much appreciated by @boltfromtheblu