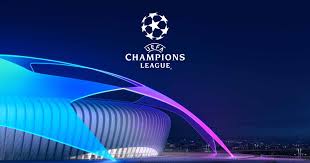 A few thoughts about the reports in the NYT about a potential CL ban. First of all, it’s all ‘ifs, buts & maybes’ currently but that doesn’t mean there isn’t some substance to this. The UEFA Club Financial Control Body (CFCB) looking at financial control has two parts; the Investigatory Chamber (IC) & the Adjudicatory Chamber (AC).

The IC is the lower, day-to-day, chamber & the AC the higher chamber, which adjudicates on the most serious matters. Think of it like a Magistrates’ Court and a Crown Court. I don’t think the IC can impose a tournament ban outright, hence the referral to the AC. Also, the IC might recommend a ban, but the AC might reject that. It might be that a minority of the IC members think a ban is appropriate, one of them being the person who talked to the NYT, rather than it being the consensus view.

The fact this information has been leaked at all could be indicative of something more. As with any negotiation, both sides start from more extreme positions and move towards a compromise that might not fully satisfy either but is deemed acceptable to both parties. It’s clear from the Der Spiegel articles that there was a significant amount of to-and-fro between City & UEFA back in 2014, with threats and bluster from each side. In the end, an acceptable compromise was reached that probably favoured City more than UEFA, although FFP survived its first real test. This leak may well be part of a similar process. UEFA have to tread a fine line. They have to show that FFP has teeth, but they risk getting embroiled in legal action that could bring it crashing down completely.

The case brought by the Belgian lawyer Jean-Louis Dupont is still unresolved and has been bounced between various legal jurisdictions. Latterly it’s been the EU & Belgian courts but now it may have to be heard in Switzerland. It hasn’t been defeated on the basis of the legal rights or wrongs of FFP, as some seem to think. There is a legal case still to be made, the question is where that battle should take place. City have supposedly threatened to throw the book at UEFA but that could also be bluster. I’m not a lawyer but a lot of the technical issues in the Dupont case seem to revolve around the plaintiffs (agents, fans and others) not being directly impacted by FFP. That issue goes away if City bring a case, as they would be directly impacted by any ban.

It could also be that this isn’t a negotiation of course and that there’s no room for manoeuvre by either party. UEFA (or more likely the AC, which is nominally independent consisting of outside members rather than UEFA officials) will have to consider the impact and consequences of any punishment. Is it worth risking the whole concept of financial regulation, which is fundamentally flawed in its current form, in order to prove a point and score a victory that might ultimately be Pyrrhic?

But let’s move onto the central issue, which is what exactly are City being punished for? The New York Times article suggests it’s because we withheld information about the true source of funds provided by Etihad, Aabar & Etisalat, with the majority of funding coming directly from Abu Dhabi sources, rather than out of the sponsors’ own coffers. I’m going to let you into a little secret here, except that it’s really not a secret. Let me explain.

A few years ago, the Gulf flag-carriers – Etihad, Emirates & Qatar airways – were the subjects of a case claiming that they were state-aided and therefore unfairly competitive. As part of that case (which I think was brought under the US Open Skies policy and is still ongoing) Etihad had consultants to go through their figures & prepare a presentation showing that they weren’t state-aided. There was a page in that which detailed the various sponsorships Etihad was involved in and there was a note at the bottom saying that the Etihad sponsorship of City was directly funded by the Abu Dhabi Executive Council at that point in time.

As this document was part of the disclosures in the case, it’s in the public domain (and I became aware of it a few years ago) but not many other people commenting on City & FFP seem to know about it. It seems to have come as a shock to UEFA, who must be as observant as the Merseyside Police, who made Inspector Clouseau look like Sherlock Holmes when they weren’t able to spot anyone standing on top of their own vans hurling projectiles at the City team coach in the CL quarter-final. But why is the source of funding so important?

The reason is that UEFA restricts owner investment except in a small number of cases.

One of those cases, introduced in 2013, is if there’s a change of ownership. UEFA can allow clubs to breach the break-even requirement and agree a monitored plan to achieve this within 4 seasons. But that’s likely to be a rare occurrence and under normal circumstances there are two allowable ways of owners introducing funds.

One is to cover losses, up to a maximum of €30m over 3 seasons. The other is via sponsorships, either directly or via companies related to them. In the case of sponsorships, the owner can put in as much as they want, provided it’s regarded as “fair market value”. That means that if John Smith owns a football club and also a company, JS Ltd, he can sponsor the club via JS Ltd as long as the amount of that sponsorship is regarded as equivalent to what Joe Bloggs Ltd would pay if Joe Bloggs had no connection to the club, John Smith or JS Ltd.

In John Smith’s case, he, his company and the club are regarded as ‘related parties’ as he has control over both the company and club. The rules on who is, may be or isn’t a related party are not new to FFP but are part of long-established accounting standards. UEFA adopted these in full, word-for-word, in its regulations. These standards say that transactions between related parties must be reported in financial statements, regardless of the value. In City’s case, we previously had to report that major shareholder John Wardle & director Dennis Tueart had bought hospitality facilities and that they paid the going rate for those. These rules ensure transparency of dealings between connected parties and that there’s nothing untoward going on in the dealings between owners/directors and the company.

In City’s current case, the major question revolves around whether our legal owner, Sheikh Mansour (and therefore City) and Etihad, are related parties. This is not as easy a question to answer as it seems. Etihad is owned by the government of Abu Dhabi but has a board of non-executive directors and executive directors & managers that run it. Sheikh Mansour is a member of the Abu Dhabi government but has no direct link to Etihad, either as a non-executive or executive director. Therefore, he has no obvious control or influence over Etihad’s strategy or operations. That means that under the strict interpretation of the wording, Etihad & City aren’t related parties. That, in turn, means there is no “fair market value” test to be met and that Etihad, in theory, can sponsor us for as much as they want.

So that’s one part of the equation solved but UEFA are apparently concerned about Etihad being used as an indirect, back-door method of introducing owner investment, which would be against FFP regulations. They have to be certain that’s the case though and that may well prove very difficult to pin down. There’s no doubt ADUG has been very clever about the way the ownership is set up. If Etihad give us £50m a year, to a large degree UEFA has no jurisdiction over that. Etihad isn’t a member of UEFA and nor is Abu Dhabi. They can’t force Etihad to open its books and unless they’ve got conclusive proof that money has moved between a related party (Sheikh Mansour/ADUG) and Etihad, any accusations of owner investment most likely rest on thin ice. Hence why this could just be bluster on UEFA’s part.

The same applies to Aabar & Etisalat. In the list of sanctions issued in 2014, we voluntarily agreed not to increase these sponsorships. UEFA therefore knew about them and how much they were bringing in. The Der Spiegel articles also confirmed that UEFA knew these were higher than it considered fair market value but, without being able to prove they were also related parties, these arrangements weren’t covered by the relevant parts of the regulations. Because we failed FFP anyway, without UEFA and City having to fight the battle over who is and isn’t a related party, this question is still unresolved. But what if UEFA fought and won that battle?

If Etihad, Aabar and Etisalat were accepted to be related parties, the worst that would happen is that there would be some write-down of the two minor sponsorships but probably no impact as far as Etihad were concerned, as it reflects fair market value, something UEFA had already accepted. If that’s the case, then the source of any funding for that deal is completely irrelevant as it could legitimately come straight out of Sheikh Mansour’s pocket.

If the Abu Dhabi companies aren’t deemed related parties, the source of funds for those deals might be an issue, if a direct link to Sheikh Mansour or ADUG could be established. The chances are that it can’t be established though, in my view. If they are related parties, then the worst that would happen is that we’d still get the money but might only be able to report some of it (albeit the majority) as revenue for FFP purposes.

I still think the outcome may be that City reluctantly accept the three companies are related parties, meaning the source of funding isn’t an issue, therefore.  UEFA will agree that the Etihad sponsorship is fair market value, but they and City will agree that the Aabar & Etisalat ones are over-valued and write these down. If this is the case, it’s a classic compromise. City aren’t happy but have escaped relatively lightly. UEFA haven’t delivered a knock-out blow but they’ve won a small but significant battle and, most importantly, FFP remains intact and unchallenged (and probably gets changed from its current focus on breaking-even to something else).

City have responded very robustly, accusing UEFA, someone within UEFA or someone within the CFCB (which is supposedly independent) of acting in bad faith by breaking agreements on commenting on this case. They’ve also comprehensively rejected the accusations of financial wrongdoing.

We’ll see what actually transpires in due course. I could be completely wrong but the more I think about this, the less worried I am that we will receive a ban from European competition and that this is either UEFA bluster, an individual spouting off or someone just making mischief. It also could be that a journalist has completely misrepresented and sensationalised what they’ve been told. That wouldn’t be the first time that has happened.